This story begins with one of the greatest brother acts ever seen in these parts – Grenville and Nathan Phillips Dodge.

What a trail they blazed when they left Massachusetts, one in 1853 and the other in 1854, to homestead in Douglas County, followed by their parents and sister a few years later. The duo founded a land office in 1855. Grenville went on to serve as a general in the Civil War and help found the Union Pacific Railroad. N.P. stayed in the land-sale business and built the foundation for what is now America’s longest running, family-owned, full-service real estate firm and one of Omaha’s signature businesses, the NP Dodge Company.

The birth of the Company, in a tiny office in Council Bluffs, Iowa, is part of the birth of the metro area and the American West. The Dodge brothers surveyed land in Nebraska and Iowa and represented eastern investors interested in purchasing real estate as new territories opened up to a growing and land-hungry nation.

Over a century and a half later, men named N.P. Dodge are still blazing new trails. The pioneering, entrepreneurial spirit of the original N.P. Dodge has shown itself in four generations of namesakes who have made the NP Dodge Company Omaha’s largest full-service real estate business.

Harvard-educated N.P. Dodge II practiced law for three years in Boston, but destiny brought him back to the Missouri Valley to manage the family business. In 1900, he moved the Company to Omaha.

N.P. II had the vision to see and address an unmet need, he devised a way to develop and sell single-family lots to the average wage earner: A dollar down and a dollar a week although it seems quaint today. In the early 20th century, though, that formula made the dream of home ownership come true for working-class people. It also fueled nationwide business growth for the Company. At the time of N.P. II’s death in 1950, the Company had completed more than 200 subdivisions in 103 cities throughout the United States.

The Company’s evolution continued under the leadership of N.P. Dodge III (Phil), who resumed his career at the Company after four years in the Air Force as a World War II pilot. In 1945, the company employed five people.  It was Phil's decision to redefine the company from a developer of small residential lots in mid-sized towns from the Missouri River east into a diversified Omaha real estate entity. He expanded the Company’s activity into residential construction, insurance, mortgage lending and residential sales, while it continued to pursue land development opportunities.

N.P. Dodge IV (Sandy) followed in his father’s footsteps – serving in the Air Force and taking over leadership of the Company. Since joining in 1961, he has taken the Company into property management, title services and corporate relocation. At the same time, residential sales, land development and insurance have grown in size and services while the Company has become even more firmly rooted in Omaha.

Like his predecessor Dodges, N.P. V (Nate) got some East Coast seasoning before settling into the family business. Nate developed financial training programs for large banking entities and for training and management positions at Fannie Mae in Washington, D.C. He returned to Omaha and grew the title services and property management companies into the largest of such companies in the region. Nate is now president of NP Dodge Company and Chairman of the Board for Omaha Title & Escrow and NP Dodge Property Management. 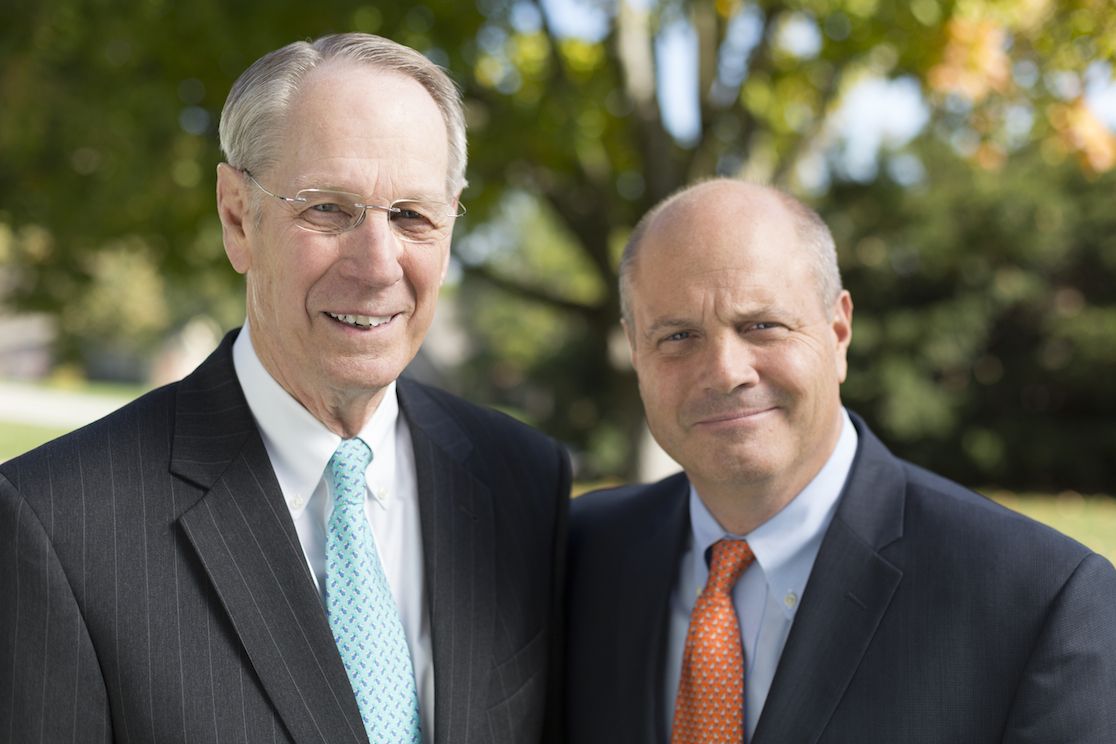 The Dodge legacy is not just commercial. Contributions of the Company and the family to the community extend beyond the business world. Work with local civic and charitable organizations has been a natural extension of the Company’s role in land and community development. Each generation has been committed to the growth of Omaha, home of the Dodges and source of their livelihood.  Each family member has been involved in a multitude of organizations and events to support the Omaha area.

Laws, business practices, customer demands and market factors change, but NP Dodge continues to do what it does best – real estate. The various divisions of the Company are thriving. They are independent, yet they provide a mutually supportive infrastructure that helps move any venture forward. The Company as a whole continues to flourish because of its leadership and being committed to the same solid principles it had in 1855; honest effort, perseverance, a willingness to innovate and confidence in the future.

Moving Can
be Easy

Insurance for
Life's "What Ifs"

I want to login using my existing account on:

Actions
Click the add to bin links to add properties to this bin.

This data was last updated on Feb 28, 2020. The data is subject to change or updating at any time without prior notice. All properties are subject to prior sale or withdrawal. The information was provided by members of The Great Plains Regional Multiple Listing Service LLC Internet Data Exchange or members of the Broker Reciprocity program of the Southwest Iowa Association of Realtors (SWIAR) and is copyrighted. Any printout of the information on this website must retain this copyright notice. The data is deemed to be reliable, but should be independently verified as no warranties of any kind, express or implied, are given. The information has been provided for the non-commercial, personal use of consumers for the sole purpose of identifying prospective properties the consumer may be interested in purchasing, and any other use is prohibited. The listing broker representing the seller is identified on each listing.